I am so excited for the return of Justified on Tuesday, January 7. I don't know about you but seeing Dewey Crowe in the above clip truly made me smile.Dewey is truly I hot mess and I love every bit of it. I also can't wait to see what type of trouble Boyd and Wynn Duffy get into, this duo can't mean anything good. Finally, my favorite and extremely HOT!!!!!US Marshall Rayland Givens seems to be up to what he does best shooting people.
Posted by MISS TV GIRL at Tuesday, December 24, 2013 No comments: 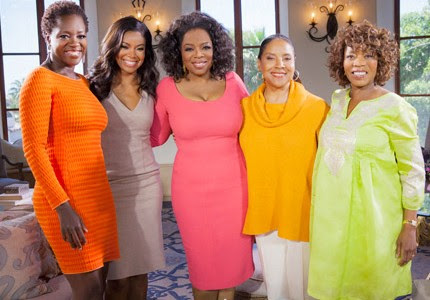 Oprah Winfrey sits down for an in-depth conversation with some of Hollywood's most powerful female African-American actresses including Alfre Woodard, Viola Davis, Phylicia Rashad and Gabrielle Union. In the discussion, the iconic actresses open up about the challenges, criticism and competition they face as African-American women in Hollywood. In the groundbreaking conversation, the women shed light on a topic that is not often discussed in the entertainment industry.

Please tune in on for a conversation that is considered by many people in and out of show business to be long over due on Sunday, June 23rd from 9-10 p.m. ET/PT.

SILVER SPOONS CAST : WHERE ARE THEY NOW?

Visit NBCNews.com for breaking news, world news, and news about the economy
Posted by MISS TV GIRL at Sunday, June 02, 2013 No comments: