2018 TELEVISION CANCELLATIONS: WHICH OF YOUR SHOWS ARE GOING BYE BYE

The annual upfront presentations in New York is fast approaching and the networks are not holding back this year. So far more than 20 network shows have been cancelled, this has left some fans  heartbroken and angered with demise of their favorite shows.

I must be very honest and say I am not upset by none of the cancelled programs listed below that have been cancelled.  I think the quality of the network show has gone down and to be quite honest there is not a lot that I look forward to watching week to week.

I hope that this slew of cancellations will make room for some new compelling and interesting programming for the 2018-2019 television season.

I will update as more shows learn their fate.

I just saw the below video from "The Late  Late Show with James Corden" and boy did it put me in the holiday spirit.

I hope you all enjoy and Happy Holidays from me to you .

HOUSE OF LIES TO END AFTER SEASON 5

House of Lies will not return for a sixth season.  The season 5 finale on June 12 will now serve as the series finale.
Based on the book by Martin House, “House of Lies” stars Don Cheadle as manipulative management consultant Marty Kaan, a role which earned Cheadle a Golden Globe award, four Emmy noms and three other Golden Globe noms.


The final episode of the fifth season, shot entirely on location in Cuba, was directed by series creator and executive producer Matthew Carnahan.
Posted by MISS TV GIRL at Tuesday, May 17, 2016 No comments:

Of Kings and Prophets

The Good Wife( a great show, but it was time to say goodbye)

Person of Interest ( really disappointed by this cancellation)
Rush Hour

Supergirl (moving to the CW)

The Grinder (this cancellation truly broke my heart)

Beauty and the Beast (ending after this 4th season, which starts 6/2/16)

The nine-episode continuation of "Prison Break" returns mid-season and picks up after Michael’s apparent death, with Sara Tancredi (Sarah Wayne Callies) having moved on with her life, raising her and Michael’s child with her new husband (to be played by Royal Pains‘ Mark Feuerstein).
Soon clues surface suggesting that Michael (Wentworth Miller) may be alive,  this bit of news motivates brother Lincoln (Dominic Purcell) to engineer the escape of Michael  with a little help fromthree of Fox River State Penitentiary’s most notorious escapees, T-Bag (Robert Knepper), C-Note (Rockmond Dunbar) and Sucre (Amaury Nolasco).
Are you excited to see the return of Prison Break? I know I can hardly contain my excitement.
Posted by MISS TV GIRL at Tuesday, May 17, 2016 No comments:

The Winchester brothers return for what is guaranteed to be an exciting 11th season this Wednesday,October 7.  I know some people believe that the CW should just end "Supernatural", but I am here to say I totally disagree and you can count me in for another 11 seasons.
Yes, its true how many more times can these brother sacrifice themselves for each other or the world and keep their audience interested and invested?
Check out the below trailer  and you will see the writers once again have answered that question.
Posted by MISS TV GIRL at Sunday, October 04, 2015 No comments:


My one and only favorite reality television series "Big Brother" returns Wednesday at 8pm on CBS , hosted by Julie Chen,

I am really really hoping for some smart and strategic players instead of the borderline emotionally damaged and racist players from Big Brother 16. I think we are all hoping for a less destructive and mean group of people.Yes, I understand that it is a game and people will lie and cheat to get to the end. But, please let's keep it about the game and not the petty jealousy and racism that crept in last season. Enough about last season.


I still believe that before entering the house, watching the Will and Dan seasons are a must. Now the two of them played very risky and dangerous games, but at the same time they were never careless and dumb. Do we all remember Ronnie from "Big Brother 11" ? Dumb!


2. Don't fall in love with a fellow house guest, you instantly become a target because the house knows that you two will protect each other


3. Don't take anything personally, when you do, your game becomes emotional and you lose


4.TRUST NO ONE, remember you do not know these people and they are there to win, so always follow your gut.


5. Head of Household PLEASE!!!!! vote to evict your target, not the target of the house.


If the players follow the five above rules, I can promise you a place in the Finale 3.


Now, if you end up in a house like "Big Brother 11, consider yourself very very lucky because theses rules do not apply. Why? Because everything will be based on luck . Let's not forget Jordan won the game.

"Big Brother" follows a group of people living together in a house outfitted with dozens of cameras and microphones recording their every move 24 hours a day. Each week, the Houseguests vote someone out of the house. At the end, the last remaining Houseguests receives the grand prize of $500,000.
Posted by MISS TV GIRL at Tuesday, June 23, 2015 No comments:

" The Vampire Diaries" said goodbye to Elena Gilbert in the season 6 finale and I must say it was one of the most beautifully heartbreaking farewells ever.  Seriously, I cried from the beginning to the end.

But that final  moment on the street where Damon and Elena first met and now have to say goodbye completely floored me, from the song that played while they beautifully danced, to words they lovingly spoke to one another.

I also loved how ,while we are saying goodbye to Damon and Elena and trying to process that heartbreak,  another  love story is starting with Stefan declaring his feeling to  Caroline.

I would also like to say how sad I am to see Nina Dobrev leave and  how much I am going to miss her portrayal of Elena, but I wish her nothing but the best.

Though the 30-minute program about two best friends raising a baby together had positive critical reception, the ratings weren’t that great.. It did, however, have some promising On Demand numbers.

So to experiment with the ever-changing way audiences view TV, USA is trying a new approach with the second season. All new episodes will appear On Demand a week before they actually air, in order to track how many people are tuning in.

After watching the below sneak peek I am beyond excited to watch the now demon possessed Dean Winchester. 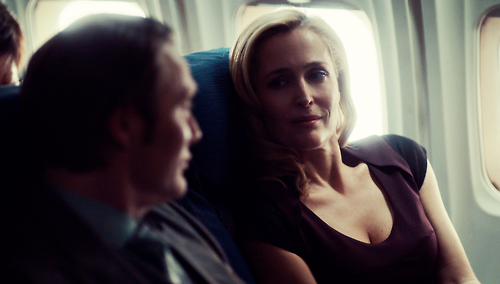 SHOULD I CONTINUE TO WATCH "THE HONOURABLE WOMAN" IF IT RETURNS FOR A 2ND SEASON?

Is it weird to really enjoy a show for the writing and talent involved, but truly dread watching from week to week because everyone and everything  about it is so depressing?

When I finish an episode I feel exactly like the picture below, I just want to be alone.