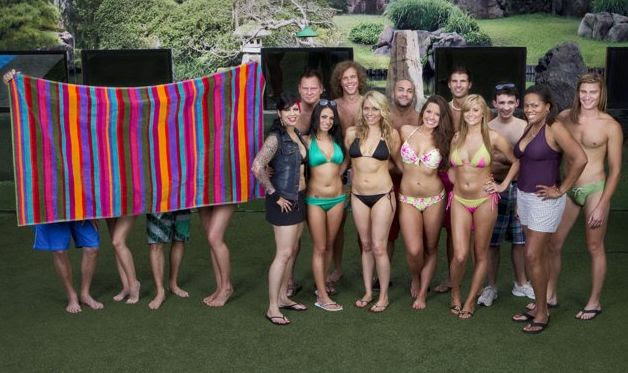 Like previous years, I will continue to give spoilers and updates about the events inside the house throughout the season.

I am really really hoping for some smart players instead of emotional players this year.  Now don't get me wrong there is nothing wrong with going inside the Big Brother house and making friends and alliances, but you can not forget that you are in the"Big Brother" house to play a game and win a lot of money and so are your fellow housemates.  So don't be surprised if someone lies to you.

I still believe that for anyone entering the house watching the Will and Dan seasons are a must. Now the two of of them played very risky and dangerous games, but at the same time they were never careless and dumb. Do we all remember Ronnie from "Big Brother 11" ? Dumb!

2. Don't fall  in love with a fellow houseguest, you instantly become a target because the house knows that you two will protect each other

3. Don't take anything personally, when you do, your game becomes emotional and you lose

4.TRUST NO ONE, remember you do not know these people and they are there to win, so always follow your gut.

5. Head of Household vote to evict your target, not the target of the house.

If the players  follow the five above rules, I can promise you a place in the Finale 3.

Now, if you end up in a house like "Big Brother 11, consider yourself very very lucky because theses rules do not apply. Why? Because everything will be based on luck . Let's not forget Jordan won the game.

"Big Brother" follows a group of people living together in a house outfitted with dozens of cameras and microphones recording their every move 24 hours a day. Each week, the Houseguests vote someone out of the house. At the end, the last remaining Houseguests receives the grand prize of $500,000.
Posted by MISS TV GIRL at Tuesday, July 10, 2012 No comments:

The wonderfully talent Andy Griffith, the beloved Sheriff Andy Taylor of TV’s iconic “The Andy Griffith Show” and dramatic defense attorney Matlock passed away this morning. He was 86


He will truly be missed by those of us who he made laugh and cry time after time with memorable roles on the “Andy Griffith Show” and "Matlock".

“The Andy Griffith Show” was way before my time, but there was always something about the show and characters that resonated and made me long for a time that had long passed with no chance of returning. I think growing up in Atlanta and spending my summers in Dudley, Georgia, with my grandparents, which was not that different from Mayberry helped me to appreciate the quiet and simple life that the show put on full display week after week.

Andy Griffith you will be missed, but never forgotten. Rest in Peace and say hello to Don Knotts for me.