CHECK THE OUT CAST OF "ROYAL PAINS" RAP MUSIC VIDEO 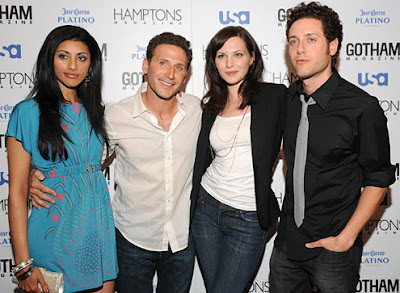 Let me start out by saying that I bailed on "Royal Pains" after maybe the sixth episode. Why? I just started to realize week after week that I didn't care anything about these characters and their stories.

But, after watching the below video I just might tune in Thursday, June 3, when "Royal Pains" returns for its second season. Henry Winkler joins the cast as the brothers long lost father.

This video is truly hilarious check out the committment from Winkler around 1:33. Also look for special appearances by Matt Bomer(White Collar) and Jeffrey Donovan(Burn Notice)