"NO ORDINARY FAMILY" MOVES TO SATURDAY FOR ONE WEEK 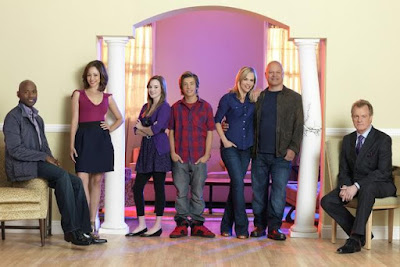 ABC has decided to air the second -to-last season episode of "No Ordinary Family" on a Saturday night.  The network has pre-empted the the supernatural family drama with an hour special, "Dancing with the Stars: The Story So Far.  There are two episodes left so one will air this Saturday, March 26th, at 10pm.  The finale will then air on Tuesday, April 9th at its usual time.

As if there weren't enough signals pointing to the end of series before this little schedule flip flop, just days after production wrapped on "No Ordinary Family", Michael Chiklis and Julie Benz both signed on to new pilots. These are technically in second position but it's not a good.sign.