SUSAN LUCCI WILLMAKE THE MOVE TO LA FOR "ALL MY CHILDREN" 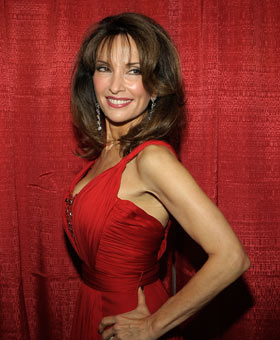 Come Friday, Dec. 11 the ABC soap opera "All My Children" will be closing up shop in New York City after 39 years and moving production to Los Angeles.

Thorsten Kaye, who has played Zach Slater since 2004, has announced that he will not be relocating and Ray MacDonnell is taking the opportunity to retire from the role of Joe Martin that he's had since 1970.

Alicia Minshew, who's played Kendall Hart since 2002, will be going on maternity leave beginning in November although she will still appear on the show throughout December.

ABC says that "recurring" actors participation will be determined on a case-by-case basis depending on what the storylines dictate and their availability.

Production will resume after the holiday hiatus on Monday, Jan. 4.
Posted by MISS TV GIRL at Wednesday, September 30, 2009